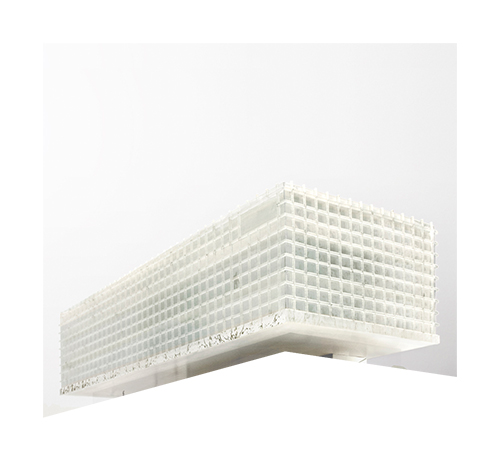 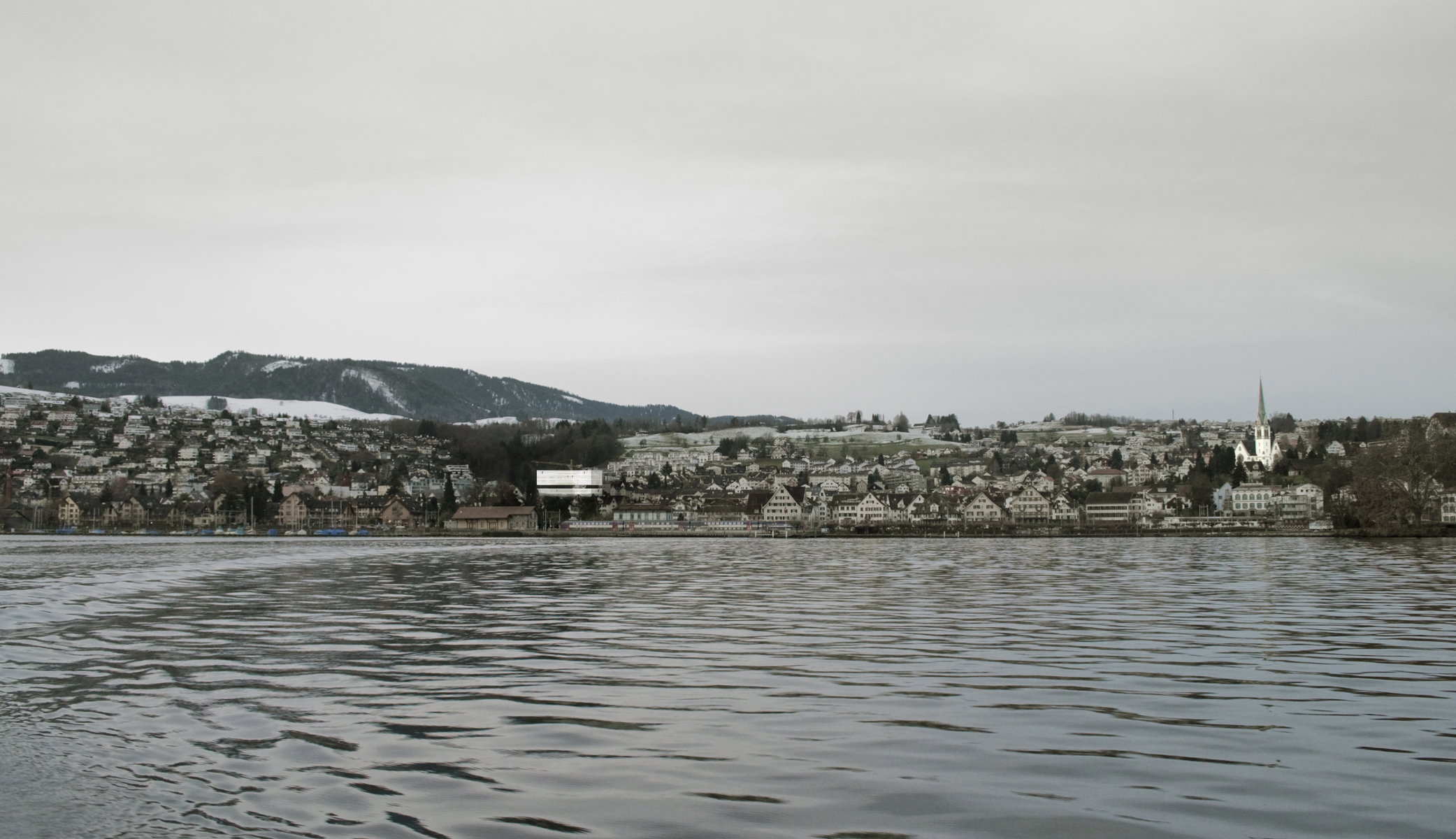 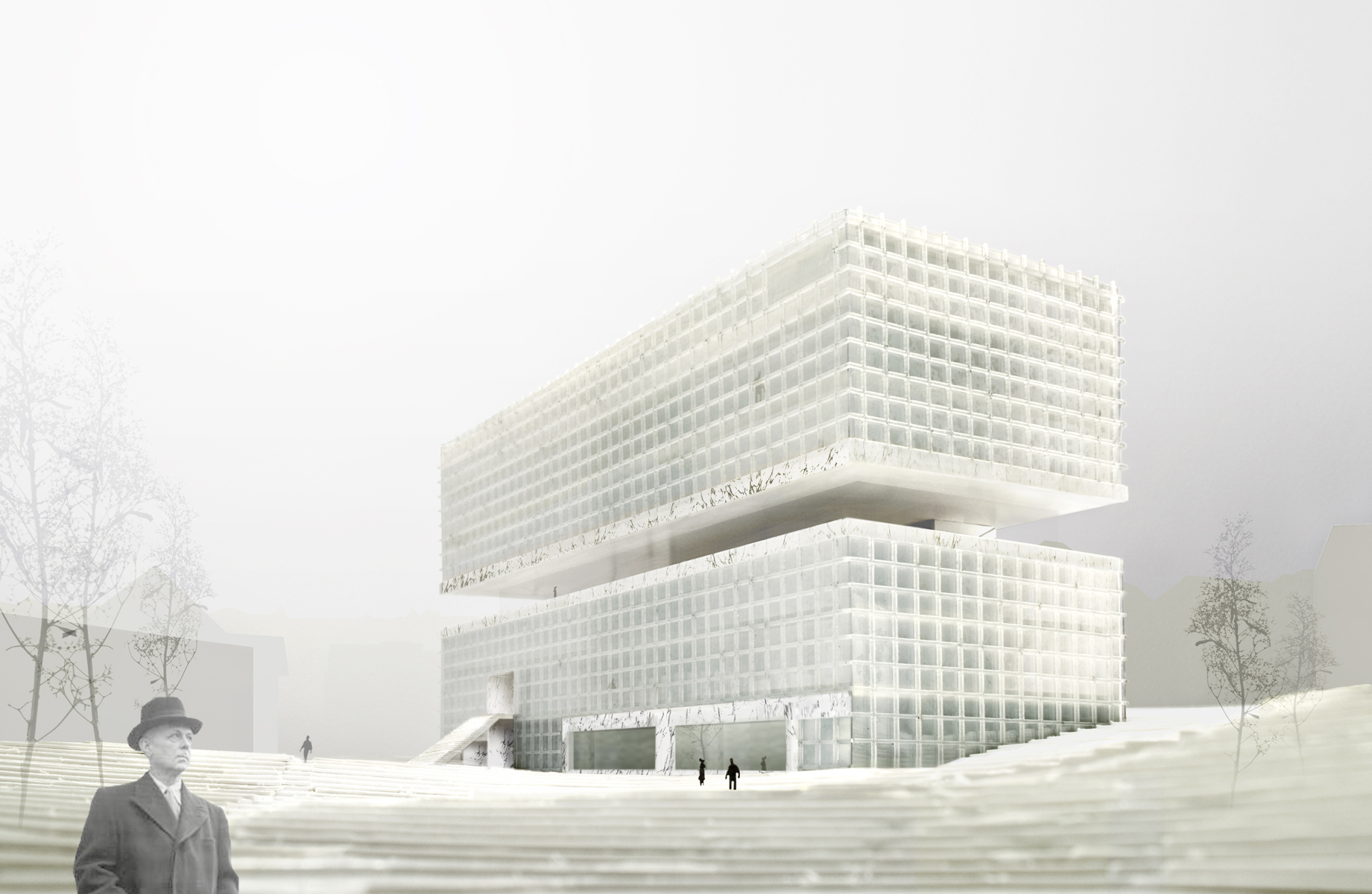 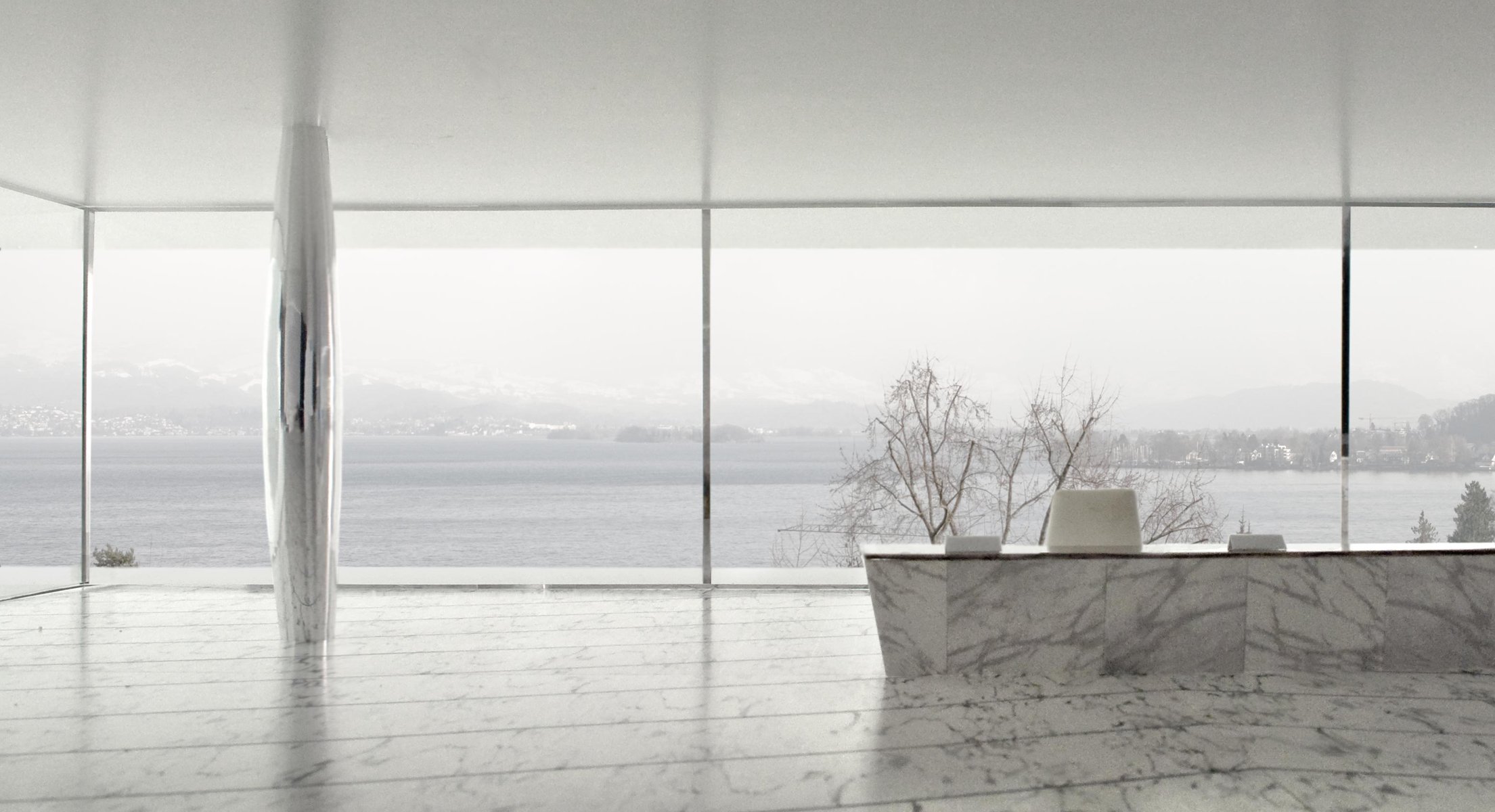 The new civic center is placed at a hinge, between two distinctly different parts of the town of Richterswil: The densly woven fabric of the historic lakeside urban core, and the suburban neighbourhoods that have recently grown along the hills. Overlooking Zurich Lake, these suburban neighbourhoods of Richterswil have also become part of the larger Zurich metropolitan area along the lake . In a town that lacks any consistent urban fabric, singular iconic buildings begin to play an important role, such as the prominent Protestant Church: These Landmark buildungs become important points of reference, like a magnet they help to structure the sprawling suburban landscape. The Richterswil Civic Center is destined become a new landmark building.

By horizontally stacking the programme into a single compact volume, it was possible to create a building that, despite exuding an appropriate civic monumentality, integrates well into the existing urban fabric.

Around the building, a series of tree covered public spaces is created. They become part of the intricate pedestrian system of the historic town center. In the West, a new fountain and a café are located near the main entrance of the Civic Center. Along the Schützenhaus Alley, a green public space with a playground and a grand staircase welcome the public.

The volume of the Civic Centre consists of two shimmering semitransparent horizontally layered volumes, like a ship that has stranded in the landscape. The “Panoramic Lobby”, an open horizontal space, forms the heart of the New Civic Center, while the remaining floors are hidden behind a shimmering grid of moulded glass.